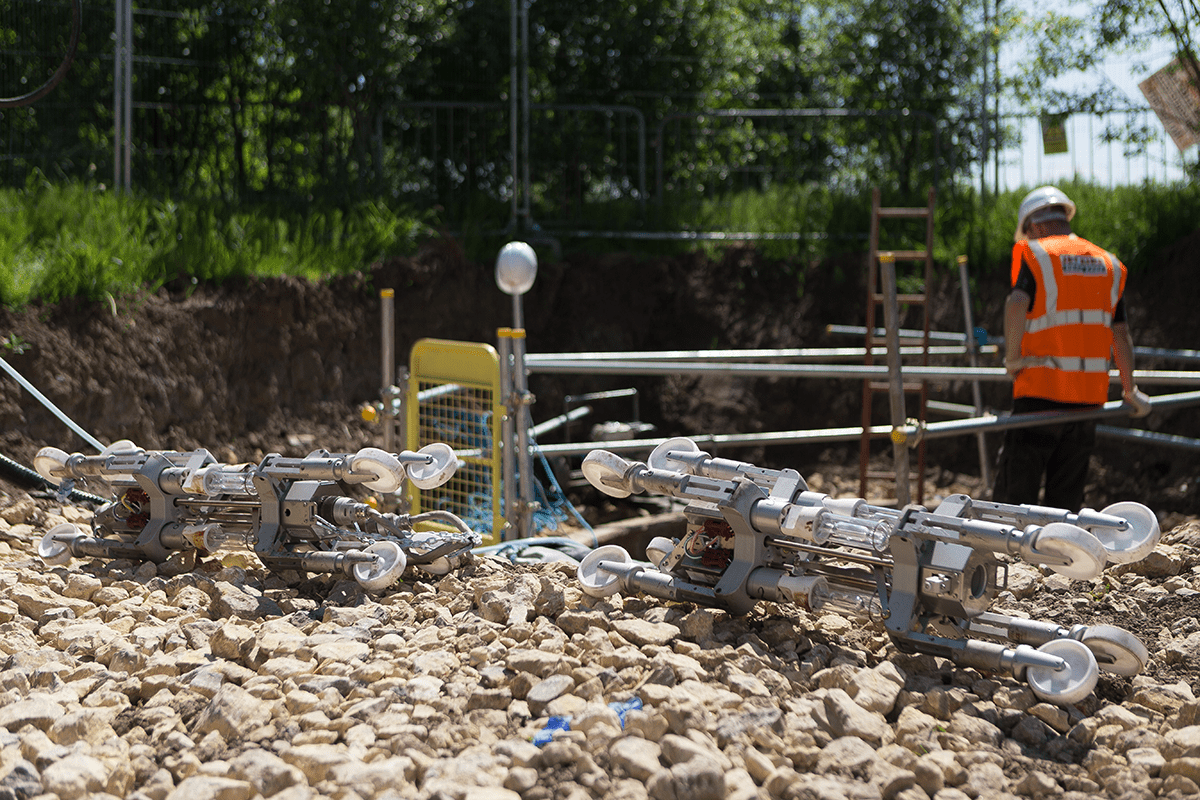 Jet Aire have been chosen, via a rigorous selection process, as the preferred sub-contractor, working for Esh Construction, one of the North East’s largest and most successful construction group, on a contract procured from Northumbrian Water Group (NWG), for the repair of long length of foul water sewer, situated near Gosforth, including the manhole chambers, which was still live and serving the local community.

The sewer diameters are mainly 600mm in diameter, with one section being 1100mm, running beneath the A1 motorway. The runs and chambers had all been eroded due to a build-up of hydrogen sulphide. NWG were looking for a solution that would give them an extension to the life expectancy. Jet Aire were contacted by Esh, who asked for a solution to prevent further deterioration and extend the life of the sewer.

The first job was to carry out another high-pressure water jetting cleanse and CCTV condition survey of the manholes and drain runs. Jet Aire used a recycler unit, which allowed them more time on site, as opposed to a Jet-Vac that would often had to leave site and fill up again with more water for the jetting side of the exercise.

The results of the CCTV condition survey were assessed and it was decided to use the ultra violet process of curing liners, which was a new enterprise for Jet Aire, who had traditionally used either ambient or hot-cure. The Company had recently added to their fleet with the investment in a UV Lining rig. The liners installed were impregnated with vinyl ester resin, rather than a standard polyester resin, due to the aggressive chemical attack that had previously occurred. In addition, the manholes required the use of Ultracoat epoxy resin coating system, of which Jet Aire are one of a select list of applicators, as Ultracoat is resistant to hydrogen sulphide.

To ensure that the runs and manholes would be clear of any foul water, over-pumping was set up, which required nearly 1000 metres of hoses, which diverted the foul sewer around the drain runs, across two separate installations

Back to Case Studies