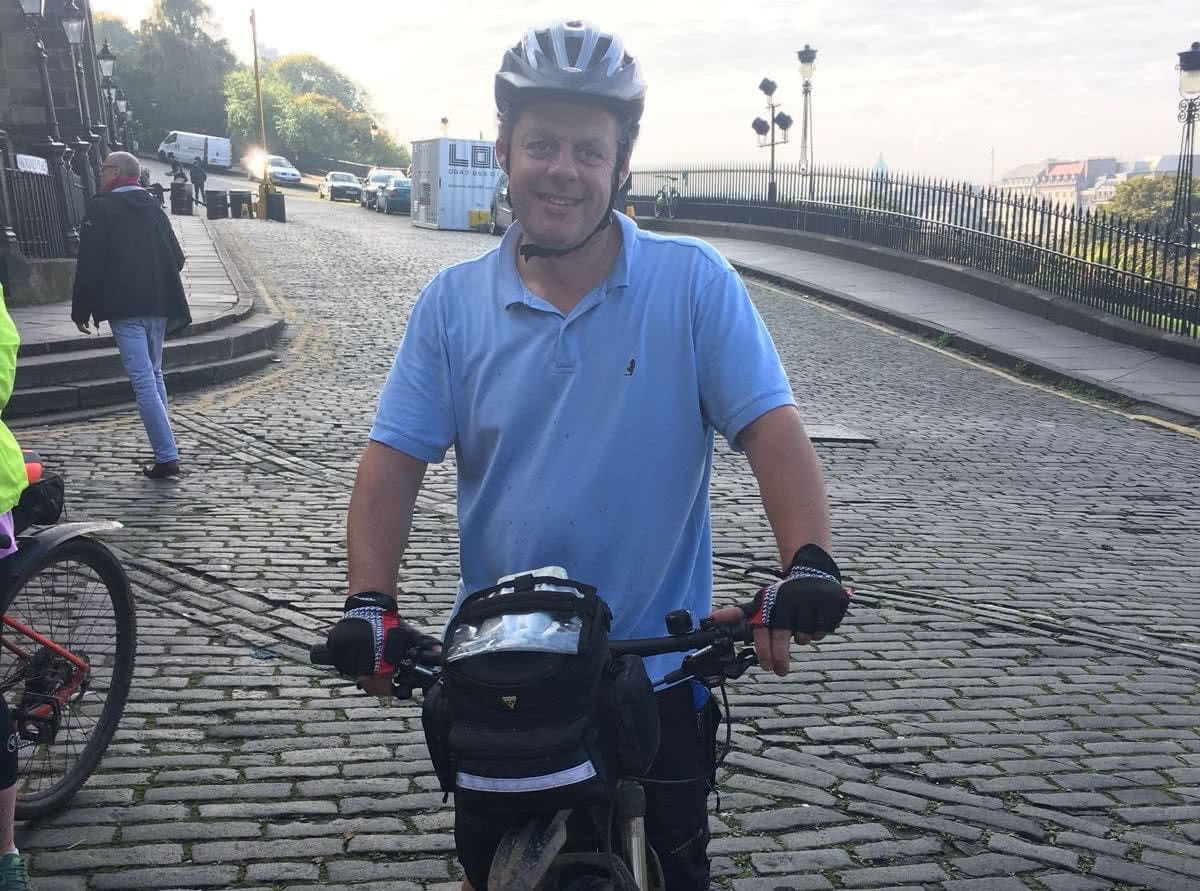 Jet Aire Services MD, Charlie Kirk, showed some impressive pedal power when he completed the Coast and Castles cycling route, an epic 200-mile journey through some of the most famous scenery in Northumberland and Southern Scotland.

As a keen cyclist, Charlie had heard plenty of fellow riders speaking in glowing terms about the well-known route, which starts in Newcastle and finishes in Edinburgh, taking in miles of dramatic clifftops and a wealth of historical intrigue between the two cities. It sparked a desire to take on the challenge and Charlie geared up for the trip with his daughter Evie coming along for the ride. They cycled all 200 miles together, past the city settlements, abbeys, watch towers and imposing castles dotted around the coast of Northumberland and the Scottish Borders.

Charlie and Evie saw a plethora of natural and historic sites, including AONBs and nature reserves, the world-famous Lindisfarne and Bamburgh Castle, located in the ancient capital of Northumbria. After passing the border above Berwick-upon-Tweed, they rode into the Tweed Valley, through scenic border country before a gentle climb onto the Moorfoot Hills into Midlothian. From here they witnessed a spectacular view of Edinburgh and the Firth of Forth on the approach to Scotland's capital city.

It’s fair to say that Charlie had some pretty sore limbs when he reached Edinburgh, but he tells us that all the aches and pains were more than worth it to fulfil an ambition and complete a truly stunning experience. Congratulations on a wheely good effort, Charlie!