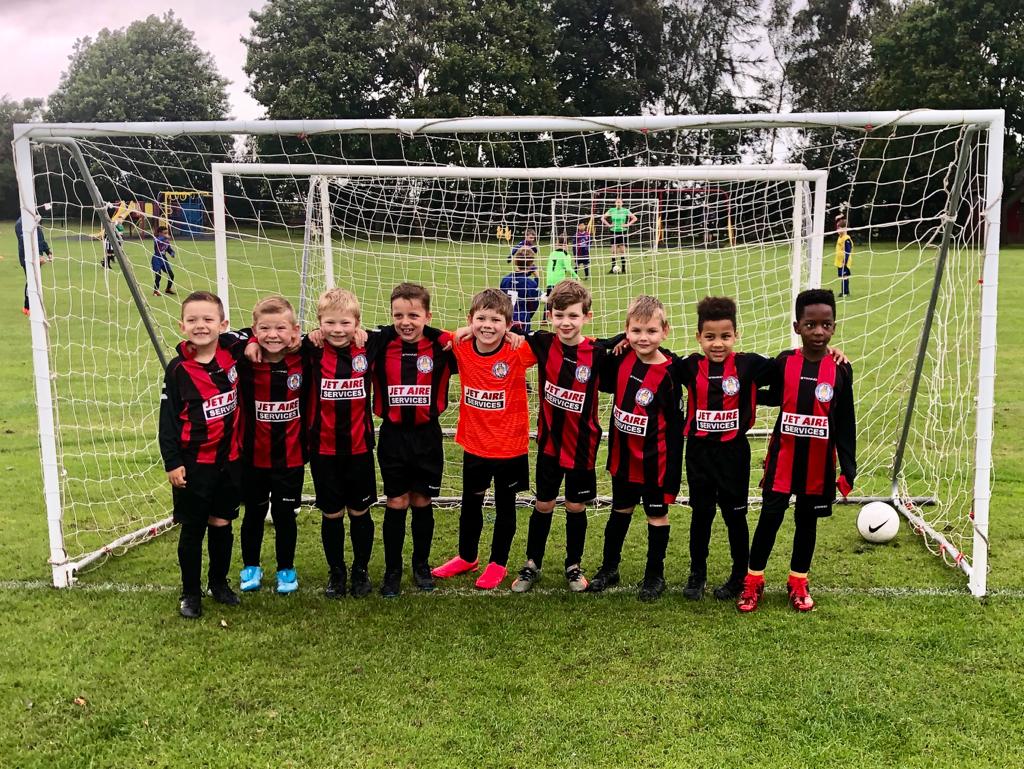 Northallerton Juniors Under 7s are kitted out for the new football season with support from Jet Aire Services.

We have provided funding for a new home strip worn by the club’s Under 7 Blacks side for their new campaign in the Teesside Junior Football Alliance League. The season was originally scheduled to kick off in September, but complications caused by the pandemic delayed the start and the team played its first game last weekend. The match against highly rated Hartlepool Youths turned out to be a high scoring thriller which ended 7-7!

Jonathon Lofthouse, Manager of the Under 7 Blacks, said:

“We are very grateful for the sponsorship from Jet Aire. They have paid for the entire kit, including shirts, shorts and socks. This kind of financial support is vital to sustain grassroots football and develop young talent in the game.

"The delayed season meant that we had to arrange a series of friendlies over the past few weeks. They were raring to go when the first league match finally arrived and they put in a great performance against strong opposition. We have a fantastic bunch of players and I’m very optimistic about the season ahead.”

The boys certainly look the part in their new kit and we are pleased to see them wearing red and black in keeping with Jet Aire’s own colours! We wish Jonathon and the team the best of luck for the season and we will be keeping a keen interest in their results!