A job well done for the local community! 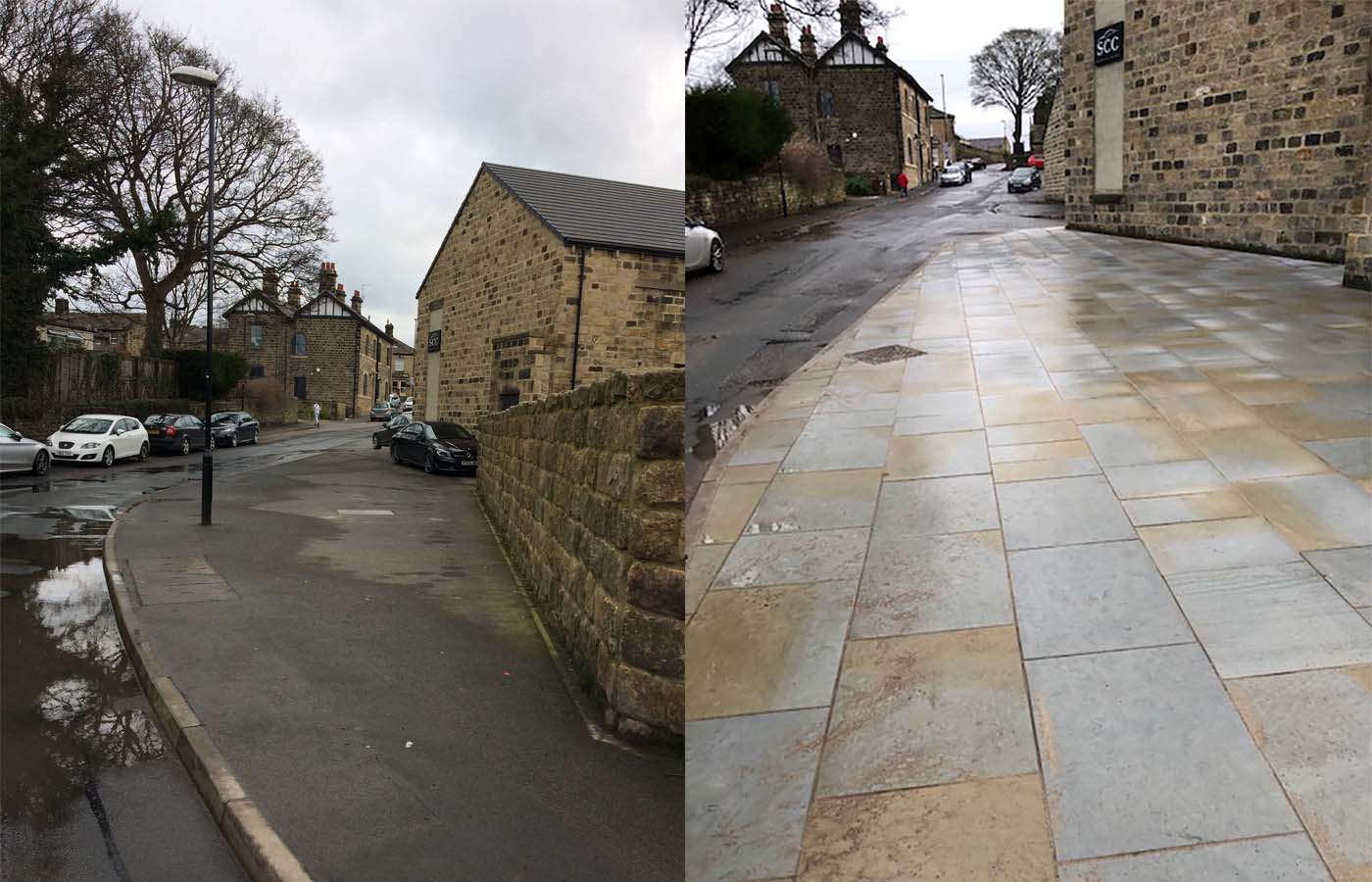 Jet Aire Services carry out numerous projects on behalf of local communities and we are proud of the work we do in this capacity. It’s always gratifying to receive positive feedback from these communities and we were delighted to hear some kind words from Aireborough Neighbourhood Development Forum regarding some civil engineering which Jet Aire recently completed. The scheme formed part of the restoration and improvement of one of the most historic parts of Guiseley, West Yorkshire.

Guiseley Wells is home to an ancient spring. Its fresh water, continuously flowing from the ground, persuaded the Anglo Saxons to set up camp, creating a settlement which eventually became Guiseley. The Wells, also known as the Springs, provided generations of Guiseley residents with fresh water over centuries.

The Wells themselves were restored by the Guiseley Wells Society in 2001 with a great deal of hard work from volunteers and funding from the Lottery and Aireborough Rotary Club. The Guiseley Wells Society has looked after the Wells ever since, but the wider area is now enjoying its own restoration funded by Linden Homes as part a planning agreement involving their Springhead Mills development in the town. The project has been organised by the Aireborough Neighbourhood Forum, Incredible Edible Aireborough and Guiseley Wells Society. Jet Aire have been contracted to provide Section 38 highways adoption for Springhead Mills and, as part of Linden Homes’ funding commitment, we were also chosen to apply our resurfacing expertise to an area near the Wells. Jet Aire provided a civil engineering team to remove ageing tarmac pavements and replace them with natural York flagstones which are more in keeping with the historic character of the immediate surroundings.

The paving work presented a number of operational challenges, including near-constant rain which hampered progress, but Jet Aire managed to finish the work within the scheduled timeframe of three weeks. On completion of the scheme, we were contacted by Jennifer Kirkby, Chair & Programme Manager at Aireborough Neighbourhood Development Forum.

Jennifer said: “We’d like to thank you very much for the excellent job you have made of the paving at Guiseley Wells. The residents and community are delighted with the work and it has set people buzzing – which was part of our aim.”

Jennifer’s praise was echoed by Geoff Brook, the engineer who originally restored the Wells and a person well placed to appreciate the technical demands of the project. Geoff said: “the quality of the flag laying is excellent, given they had so many awkward cuts at the kerbside edge. I simply cannot fault the workmanship.”

The paving represents phase 1 of the restoration project and ideas are now being discussed for the next stage of redevelopment. Aireborough Neighbourhood Development Forum are currently shaping their vision for an ‘urban park’ and a number of features are under consideration, including seating, murals and planters. Jet Aire will be carrying out all future phases of the scheme and we are looking forward to hearing their plans for this much valued and historic community focal point.